log in
We tell you how the Chairman and controlling shareholder of a listed futures firm received a 381% pay rise just 8 months after the IPO. It's a classic exploitation of the pay loophole in the Listing Rules, and there is nothing you can do about it until the rules are amended to allow minority shareholders' approval of excessive pay increases.

Tanrich Financial Holdings Ltd (Tanrich, 0812) was listed on the main board on 30-Jan-02 in an IPO sponsored by Platinum Securities Co Ltd of 50m shares (representing 25% of the company) at HK$1 each, raising just $37m net of expenses.

Tanrich's largest business at IPO was providing agency services for investors in Hong Kong in trading futures contracts on the Tokyo Grain Exchange and the Tokyo Commodity Exchange, together representing 79.1% of Tanrich's turnover in the year to 30-Jun-01. The trades are booked through brokers in Japan who are members of the two exchanges.

Tanrich also had trading rights on the Hong Kong Futures and Stock Exchanges, and its prospectus contained 3 pages of "technical non-compliances and/or non conclusive findings" as a result of "periodic reviews" by the SFC and the two exchanges, as well as 4.5 pages of connected transactions.

In the track record period of three financial years ending 30-Jun-01, the group paid dividends totalling $105m compared with total profits of $95.43m, plus a special dividend of $10m on 21-Aug-01.

The prospectus stated that Mr Yip and the Deputy Chairman and CEO, Mr Kwok Kam Hoi, had each entered into a two-year service agreement commencing on the listing date under which they would get a respective monthly "compensation" of HK$120k and $100k, subject to review by the board of Directors from time to time. They would each be entitled to an additional month's payment for each completed period of 12 months, and in respect of each financial year, a year-end bonus equal to 10% and 5% respectively of the consolidated net profits after tax of Tanrich.

The aggregate of the bonuses to all executive directors would not exceed 25% of the consolidated net profits after tax.

In the last year before the IPO, total directors' remuneration was $1.5m, while in the year to 30-Jun-02, the total excluding bonuses would be $2.86m (being 13 months times $220k), which implies that the new salaries had been in effect since 1-Jul-01.

Now whatever you think of those arrangements, they were fully disclosed in the prospectus, and as such, we have no problem with it, because investors knew before they bought the shares what they expected the company to pay its management.

However, on 4-Oct-02, it was revealed in an announcement that Mr Yip's compensation had been increased by 50% with effect from 1-Jul-02 to HK$180k per month. Furthermore, Tanrich had signed a supplemental agreement, from 1-Oct-02, to provide Mr Yip with accommodation at 18 Henderson Road, Jardine's Lookout, at a monthly rent of HK$430k. This boosted his total basic remuneration, excluding bonus, to $7.5m per year, and represented a 381% increase since the listing just 8 months earlier. 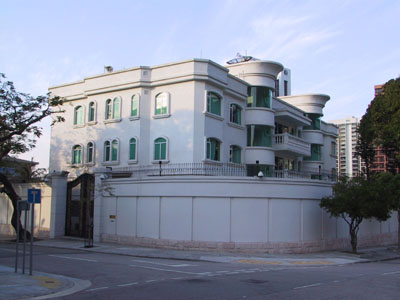 We're not talking about any old apartment here. The 3-storey stand-alone mansion (plus basement car port) is on a site area of 15,910 sq ft and has a total gross floor area of 13,500 sq ft. The rental amounts to about $32 per sq ft.

The property was owned by Union Light Investment Ltd, and guess who owned that? After 2 layers of holding companies, Mr Yip had an effective interest of 90.5%, his wife had 5% and Mr Tsunayama had 4.5%.

Because of Mr Yip's ownership interest in the house, it was treated as a connected transaction, but happily, the 21-month term of the lease involved a total rent of $9.03m, which was below the threshold of $10m in the Listing Rules and hence no minority shareholders' approval was required. But if he had not owned the house, then an increase in his remuneration would not have even required an announcement, and you would not know these details.

Tanrich said that the supplemental service agreement was entered into "in view of the positive financial results" for the year ended 30-Jun-02, citing an increase in operating profit before tax of 42.1%, and "in view of [Mr Yip's] contribution to the Group". However, to put this in absolute terms, operating profit had gone up by $11.32m, but Mr Yip's basic package had just gone up by $5.94m per year, so he was taking more than half of the increase for himself. And don't forget, he was already entitled to a bonus of 10% of net profit, so why should he be further rewarded for an increase in profits, beyond the bonus disclosed in the prospectus?

The impact of this began to be felt in the results for the year ended 30-Jun-03, when net profit plunged to just $10.22m, and total executive directors' remuneration was $12.74m, which of course only included the first 9 months' rent.

Oh, and for the first time, the two "independent non-executive directors" had been paid, receiving remuneration totalling $360k, or an average $180k each, which is at the high end of fees for INEDs in HK (your editor gets $100k per year as a director of HKEx, a company with a somewhat larger market value).

Investors in Tanrich may be interested to know who are the INEDs who have been looking after their interests so diligently since the IPO. They are Andy Lam Siu-wing (Mr Lam) and Andrew Ma Chiu Cheung (Mr Ma).

Mr Lam is a qualified accountant and was an executive director of UBA Investments Ltd (0768) from 23-Nov-99 to 9-Oct-00, and was also an executive director of Ezcom Holdings Ltd (0312, then Lamex Holdings Ltd) from 16-Dec-98 to 8-Aug-01. He is also a member of the Board of Review (Inland Revenue Ordinance) and an adjudicator of the Obscene Articles Tribunal - perhaps this will come in handy when he looks at Mr Yip's pay increase.

Mr Ma is an accountant and director of Andrew Ma DFK (CPA) Ltd, presumably his own firm. We are not aware that he has any other listed-company directorships. 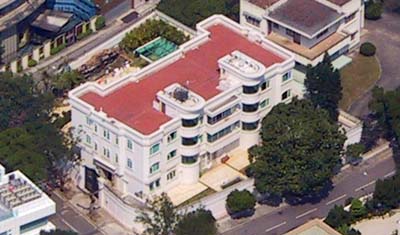 Apart from demonstrating what in our view is appalling governance, this case study also handily illustrates the Housing Loophole we described in last week's article Tax Benefits, from which anyone who receives part of their pay as housing can benefit. Under the law, Mr Yip's housing will only be deemed to be worth 10% of his cash compensation. We don't know what his bonus will be, so ignoring that, his housing would be deemed to be worth 10% of his annual salary of $2.34m, or $234k. That is just 4.5% of the $5.16m that Tanrich is actually paying in rent. So even if Mr Yip reaches the maximum rate of tax of 16%, the effective tax rate on his housing benefit will be just 0.72%, excluding bonus effects.

Under the Listing Rules, minority shareholders have no control over how much a listed company may pay its Chairman or other directors, even if the Chairman is also a substantial shareholder of the company. If he were to engage in any other transaction with the company, such as an asset sale or purchase, or to borrow money from it, then that would be a connected transaction, but variations in pay are not. It is one of the easiest ways for a controlling shareholder to take as much as he likes before leaving any profits for outside shareholders.

So paradoxically, if a controlling shareholder attempts to sell an empty cardboard box to his company for $20m, then it is a connected transaction subject to independent shareholders' approval, and would be voted down, but if he simply awards himself a $20m bonus as a director, then nothing stops him. And since he controls the company, removing him as a director is not an option for shareholders.

For sure, a board of directors has to approve changes in this pay, but if the Chairman also has the ability to elect or remove any director, including the independent directors, then they can hardly be expected to stand in his way, particularly if they are paid well for their own job. Forming a remuneration committee would not help the situation so long as all the directors are elected by the controlling shareholder. Selling your shares is not a remedy either, because by then the share price will already reflect the negative impact of the pay increase on future profits.

We have called in the past for the introduction of a Listing Rule which takes account of the control structure of Hong Kong by requiring that if the total remuneration of any director is to increase by more than 20% compared with the previous year, then it should be subject to approval in advance by minority shareholders, excluding anyone associated with any of the executive directors from the vote.

As investors, we don't mind paying good money for good people to run our companies, but there should be some check and balance which stops them awarding themselves massive pay increases and treating the pay packet as a preferential dividend to be taken out of shareholders' profits without our approval.