SFAT affirms SFC decision to suspend hedge fund manager Christopher James Aarons | SFAT Determination
SFC, 29-Sep-2022
Christopher James Aarons v SFC
SFAT, 14-Mar-2022
Tribunal Chairman Michael Hartmann, who is locked out of HK in Australia due to the HK Government's flight ban, rules that rather than delay proceedings, he should conduct the hearing in April via video link, overruling objections from Mr Aarons.
Christopher James Aarons v SFC
SFAT, 13-Apr-2021
Mr Aarons' application for secret proceedings is denied. Open justice prevails. He is appealing the SFC's proposed 3-year ban following his fine in Korea for dealing on material non-public information, relating to a block sale in Hyundai Securities Co Ltd, for which a penalty of KRW337.6m (HK$2.6m) was imposed. Amazingly, in Korea, defendants are not publicly named even after they have been fined. The SFAT hearing is scheduled for 8, 11 and 14-Apr-2022.
Webb on "Backchat" re COVID-19, border quarantine, QUIET Area and social controls
RTHK, 29-Apr-2020
Non-dispersable gatherings
We hereby "sternly clarify" that the Police and Secretary for Justice are wrong to claim that groups of 4 standing more than 1.5 metres apart constitute a single gathering if they have a common purpose. The Group Gathering Regulation allows for multiple, non-dispersable gatherings and contain no reference to the purpose of participants. We also show how to optimise use of available space. (28-Apr-2020) 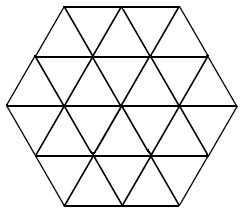 Court order bans online messages inciting violence
RTHK, 31-Oct-2019
This is getting silly. It is already illegal under common law to incite a crime. The penalty is the same as the underlying crime itself. What is needed is an injunction against people applying for injunctions against crimes. This follows an application 3 days ago by TVB for an injunction against people attacking its staff or property, both of which are offences already.
SJ v Cheng Ka Yee & others
HK Court of Final Appeal, 4-Apr-2019
As we predicted last August, HK's highest court confirms that the Government has been overreaching by charging people with "obtaining access" to their own computers with criminal or dishonest intent. In such cases the Government must now prove the core offence rather than using the catch-all "but she used her computer/ smartphone/ smartwatch to prepare for an offence". You can't "obtain" something you already have.
SJ v Cheng Ka Yee & others | Section 161
HK Court of First Instance, 6-Aug-2018
Kudos to Deputy Judge Pang Chung Ping, who calls out the Government for its abuse of section 161 of the Crimes Ordinance, "obtaining access to a computer" with dishonest intent. He rules that something which is not a crime without the use of a computer cannot be a crime just because a computer is used, and that "obtaining access" to someone else's computer is not the same as "using" your own computer, whether it is a smartphone or any other type of computer. We wait to see whether the Government will take this to the higher courts, but in our view, the game is over.
4 in court for alleged illegal use of computers to get school interview questions
ICAC, 28-Aug-2015
This is another stretch of the Crimes Ordinance using the offence of "obtaining access to a computer with a view to dishonest gain for herself or another". The ICAC says that the teachers' smartphones are computers, but presumably the claim is that the teachers used them to take pictures of the question sheets before they were returned. If they had instead used a digital camera, or even an analogue film camera, then the offence would not apply. Another reason to amend the ordinance.