KPMG supports one Country, three singing accountants
But are they tenors? Harmonising in the annual report of Shenwan Hongyuan (6806). Also, HK is "overseas" from PRC - so not part of it then? (12-Nov-2020) 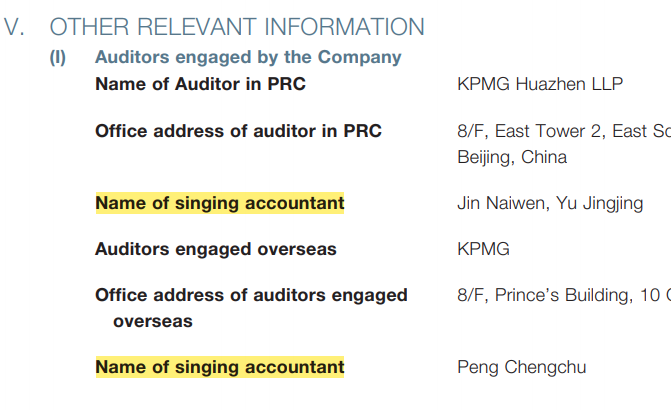 Concerns grow for endangered species at Fanling
The natural habitat of the lesser-spotted Hong Kong golfer is at risk. (26-Sep-2018)
Exclusive: HK Government to launch "Christian Bonds"
Webb-site has learned of secret plans to turn Hong Kong into a Christian Finance hub, and of course, they are launching it on Easter Sunday. (1-Apr-2018)
Webb-site launches WebbCoin
It's Christmas, time to think outside the box with this gift for all our readers. (17-Dec-2017)
Missing island reappears in Chinese waters
(29-Apr-2016)
Financial Secretary explains HK property market to Friends from the rest of the Universe
HK Government, 3-May-2012
The Great Yawn
YouTube, 28-Apr-2012
Donald Rumsfeld launches bid for vacant HKEx board seat
(18-May-2008)
Government plans Food Adjustment Mechanism
Webb-site.com has learned of HK Government plans to address public concerns over food prices with a Food Adjustment Mechanism or FAM, setting prices annually in line with inflation. It also plans to buy shares in the two major supermarket chains to encourage the development of Islamic supermarkets and possible future mergers between the chains. (13-Sep-2007)
SinoPluto IPO launched
We bring you information on the latest red-hot Chinese IPO to reach Hong Kong, China Plutonium (2390). (1-Apr-2007)
Donald's Doodles
The planning cycle you weren't supposed to see. (1-Mar-2007)
Fried eggs and toast
What's on the menu at the Government-run Coastal Defence Museum? (8-Oct-2006)
Developers face critical shortage
In a startling development which is likely to have far-reaching implications for real estate development in Hong Kong, Webb-site.com has learned that the developer cartel has run out of a key commodity, without which, projects may no longer be marketable. (25-Feb-2005)
The Triple Trio Dossier
Under Hong Kong's powerful Code on Access to Information, Webb-site.com has obtained a secret Government dossier on the new "Three Child Policy", which carries the internal codename of "Triple Trio". (22-Feb-2005)
Monopolies Rule
A secret unofficial translation of a government TV commercial promotes Hong Kong's monopolistic economy while appearing to promote the rule of law. (28-Mar-2003)
Don't Ask, Don't Tel
PCCW introduces new "Don't Ask, Don't Tel" branding to investor relations product. (10-Feb-2003)
Expert Group on naming Expert Groups appointed
In a widely-expected move, the Government has announced the formation of an Expert Group On the System of Naming of Expert Groups in Hong Kong, (26-Nov-2002)
HKEx to Merge with Jockey Club
In another scoop, Webb-site.com has learned of secret plans to merge the HKEx and the Jockey Club, capitalising on the obvious synergies of the casino-like stock market and the broad gambling customer base of the Jockey Club. The move has implications for the MPF as well as the battle against offshore football betting. Read our exclusive story... (1-Apr-2001)
eGovHK.com to Float on GEM
In an exclusive report, Webb-site.com has learned of a secret government plan to float itself on GEM. We look at the detailed implications of this, the ultimate step in Government privatisation. Investors are already queuing up to apply for shares in the new entity, to be known as eGovHK.com. (1-Apr-2000)
The Client that got away
A light-hearted look at the events of Summer 1998. (28-Aug-1998)