Judge takes aim at comments by Vice Premier
In continuing the injunction against doxxing with an exception for legitimate news activity, Justice Russell Coleman makes interesting comments on the role of the judiciary and the need for a political solution to the social unrest, which is beyond the scope of the courts. (11-Nov-2019)
Junior Police Officers' Association v EAC
HK Court of Appeal, 22-Oct-2019
An interim injunction preventing public inspection of names linked to their addresses in the Electoral Register is granted. Validly nominated electoral candidates will still be entitled to the details on their electors. 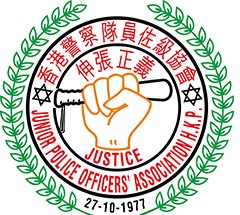 MTR videos are not Personal Data under PDPO
The MTRC and Police are hiding behind a "personal data" excuse for not releasing videos of the incident in Prince Edward Station on 31-Aug-2019. The law on this is clear: if the video doesn't name the subjects, then it isn't personal data. So said the Court of Appeal in 2000. HK badly needs a Freedom of Information law. (10-Sep-2019)
Facebook, Big Brother and China
The political and media furore over external use of Facebook data misses the point. Facebook, Google and other internet giants know far more about their users than any app developer ever will. Facebook offers its own political ad-targeting service based on its analysis of users' data, just part of its over US$40bn of annual monetisation of users through advertising. It's a price that users appear willing to pay for the services, but in authoritarian states like China, with it's pending "Social Credit System" that poses a far bigger threat to society. (23-Mar-2018)
Man convicted of theft in 1976 cleared after Googling his arresting officer
Guardian, 18-Jan-2018
A good demonstration that the European Court of Justice's "right to be forgotten" is wrong. Mr Simmons found that 5 years after his wrongful 1975 conviction, the arresting officer was jailed for similar offences. The bent cop died in jail in 1982, but had he survived, he could have required Google to take down all references to his conviction and Mr Simmons would never have been exonerated.